One of the advantages of my job is that it gives me the freedom to explore my beautiful country. I can work from anywhere as long as there is internet access.

Some fun facts about South Africa:

Having recently moved back to South Africa after a few years in Europe and the Middle East I’ve been doing some exploring. I’ll be visiting Marloth Park and surrounding areas from the 1st to the 5th of April. 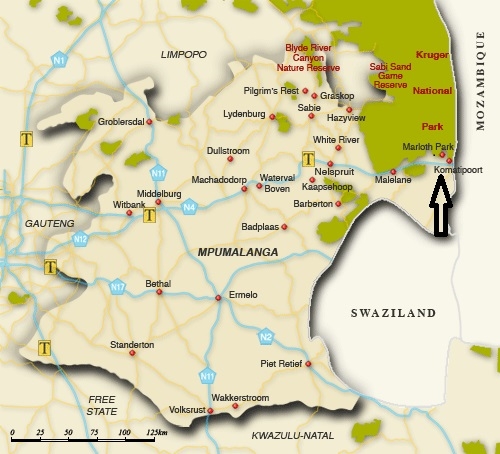 Marloth Park is found on the banks of the Crocodile River and is a wildlife sanctuary and holiday town. It boasts four of the “Big Five” with the exception of elephant. Buffalo, rhino and lion are confined to Marloth’s game reserve “Lionspruit”. The rest of the game such as kudu, zebra, giraffe, blue wildebeest, nyala, impala, warthog, ostrich, and others aren’t restricted by fences and roam freely between the housing units.

The Crocodile River is one of the few rivers in South Africa where Tiger Fish can be found. Tiger Fish are known as a good fighting fish with large teeth.

Ask me a Question:

I will be tweeting with the hashtag #ILoveMyCountryRSA from @Edublogs_Eugene
You can follow my tweets below.

12 thoughts on “On Safari – What Would You Like To Know About South Africa?”