As you may have heard, the brand new Chromebooks running Chrome OS are being rolled out by Google this week.

These netbooks are the first devices marketed towards the average user, schools, and students that don’t run the more familiar Windows or Mac operating systems. It really pushes the whole cloud computing concept to limits we haven’t before experienced. 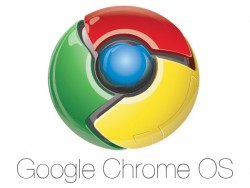 But what if you want to try out the operating system before shelling out the $380+ for a new device or committing to the education subscription model of $20 per device per month?

You can download the open-source version, called Chromium OS, for free and boot it up on your computer!

Since we expect at least some of our users to begin using Chrome OS in the near future, I thought I should test it out. Plus, I wanted an excuse to give Chrome OS a spin. So I set out to get my own copy, and have written this entire blog post from the new operating system on an older laptop I had lying around. 🙂

For the record, since Edublogs is completely web-based, the blogging experience is pretty much the same. The only tricky parts come when editing and uploading images, as the file system is not at all what you will be used to (but it’s also fun to figure out).

First, the title of this post is admittedly a bit deceitful. You see, there are two versions of the Google Operating System (OS) out there.

This can get even more confusing because there is also the Chrome browser available for Windows and Mac machines! That’s a lot of different but similar Chromes.

1. Google Chrome OS – this is what comes pre-loaded on the new chromebooks and offered to schools in the subscription packages.

2. Chromium OS – this is what we can download and use for free on any machine we like. It’s open-source and supported by the development community.

3. Chrome Browser – a web browser, like Firefox or Explorer, which looks almost identical to what you see when you load up either of the operating systems.

Chrome OS and Chromium OS share the exact same code-base – in fact they are much more alike then different. However, Chrome OS comes with automatic-updates and more reliability since it is built specifically for certain machines. There is also a PDF application that is only available on Chrome OS.

Why Chromium OS may be huge for schools!

We’ll get to the play-by-play on how to test out Chromium, but first, a discussion on why school technologists and teachers might be interested in trying this out.

More than likely, there are more than a few older laptops and desktops that have been fazed out at a school or that are now running so slowly they practically aren’t usable. Installing Chromium OS could breath in new life to out-dated computers.

This is perfect for library computers to give access to the web for research or in older computer labs running clunkier operating systems that are causing problems. Or even better for a couple of extra classroom computers for students to use for blogging 😉

It’s not all roses and bliss.

The first time I booted up Chromium OS everything froze. I restarted and things have been good, but it is temperamental with buttons strangely disappearing and fonts that don’t look right on some websites.

It also isn’t compatible with all hardware. Some searching shows that a common problem is not being able to use a wireless connection on many laptops – but an Ethernet connection usually works. The wireless adapter did work without any problems for me. I haven’t tried to troubleshoot, but my webcam doesn’t seem to be working currently.

Chrome OS and Chromium OS will not be good solutions in situations where special software is needed. For example, while there are some online video and photo editing apps and websites, they aren’t as powerful as the desktop versions. Same with Microsoft Office products like Word and PowerPoint.

I’m still experimenting with this and very new at it, so please leave any comments with other points or advice that you may have!

How to download Chromium OS and run from a USB drive

This may sound scary at first – but don’t worry, the process isn’t too bad on a Windows machine.

*You will need a USB flash drive with at least 2GB of memory on it. It must be one that you don’t mind deleting everything else off of it!*

1. Go here to get the latest version of the Chromium OS.

2. Scroll down and click on the latest build’s icon of a USB stick. This is a pretty big file so it may take some time to download.

3. Be sure to save the file to your desktop or to a folder that you can easily find again.

4. You will need an extraction software such as WinRar (free!) to extract the file you just downloaded.

5. Unzip the .tar.gz file you just downloaded in step 2.

6. You will now need another piece of software called Image Writer for Windows (also free!). Download it here – you want the one on top that ends in binary.zip. After unzipping this file, click on Win32DiskImager.exe to run the program.

7. Once running the Disk Imager program, click on the blue folder to choose the .img file you extracted in step 5. Choose the file letter associated with your clean and empty USB drive, and click on ‘Write‘. Accept the warning that shows up.

8. Put the USB drive in any computer that you want to test out Chromium OS on. Restart the computer and choose the boot settings before Windows launches. On most machines, this is done by hitting f12 as soon as you turn on or restart a computer. You have to move quick here and other f keys may be needed depending on your computer.

9. Select the option to boot from USB.

What about ditching the USB drive?

It is possible to install chromium on a machine and not require the USB drive and extra steps to boot from USB. However, this process is a bit more involved and unique to the device you are using. It also requires either erasing your existing hard drive or partitioning one to allow for a dual boot option.

With some work, it could be made so that Chromium OS is the only option users have when hey start up a computer – ideal for school and classroom use. Hopefully the tutorial above will let you try out the operating system first to see if that is a route you want to consider. It should also give you a similar experience to see if you are interested in purchasing one of the new chromebooks as well. Though I imagine the speed and easy of use will be better on those native Chrome OS devices.

So what do you think?

Is Chrome OS a game-changer in education?

Can Chromium OS salvage a few more good years out of older machines?